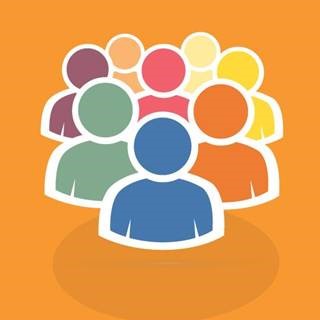 “Grey’s Anatomy” is one of my favorite television programs. In January 2018, they had an episode which really stuck with me. The show started out with a 12-year-old boy (which the police referred to as a “perp”) coming into the emergency room with a gunshot wound in his neck and handcuffed to the gurney. We learned that the police found the boy questionably breaking into a house in a wealthy neighborhood. The police officer shot the boy when he reached in his pocket for what ended up being his cell phone.

Later, the boy’s upper-class parents arrived, and the boy told them he forgot his key again; which was why he was climbing in the window of his own house. The boy later died from his wounds. One of the actors confronted the police officers and said, “You see skin color. Bias is human. You’re using guns and your bias is lethal. Adjust your protocol. Fix it. Kids are dying.” Another actress then said “A little boy was at home when your fellow officer shot and killed him. You can’t shoot people just because you’re afraid.”

Kawakami and Miura (2014) define implicit bias as the attitudes or stereotypes that affect our understanding, actions and decisions in an unconscious manner. Implicit bias can have both favorable and unfavorable assessments; they are mental shortcuts that affect our choices and actions. Sometimes these shortcuts are about age, appearance, race and ethnicity. In the case of the boy from the show, the mental shortcut was that a black boy was breaking into a nice house and didn’t belong there. Because of the color of his skin he was viewed as a threat.

In 2014, the U.S. Department of Education Office for Civil Rights found that early childhood teachers are more likely to look for challenging behaviors among African American boys than any other group, which makes them more likely than their peers to be suspended.

Implicit biases can be positive or negative, and can be activated without you even knowing it. They operate unconsciously and differ from known biases that people may intentionally hide. These biases exist in all of us. We need to make ourselves aware we are having these thoughts, name it for what it is and determine how we can change our behavior, thoughts and feelings. Dr. Walter S. Gilliam, a leading researcher of implicit biases in early childhood education settings, says change begins with acknowledging our biases and then addressing them.

Later this year, a new publication from Nebraska Extension will be made available, “The Development of Implicit Biases and Initial Steps to Address Them.” In this new NebGuide, you will learn how implicit biases emerge, and how our environments and experiences facilitate the development of the biases.

To address implicit biases in young children, you can find a collection of children’s books to address various topics related to gender, race, abilities and disabilities at http://www.childpeacebooks.org/cpb/Protect/antiBias.php. It takes more than mere exposure to address implicit biases. It is important to use these books with guided reflections. Ask children what they think about the content and what they observe in terms of how the characters or animals feel.